A Weekend of Walking

It’s been a long semester, but the end is in sight. And since I’m planning a longish walk in June, it’s time to start getting my feet (and my everything else) in shape. So this past weekend I decided to put the books away and go for a couple of walks.

I used a GPS app on my phone to map out the route of both walks. 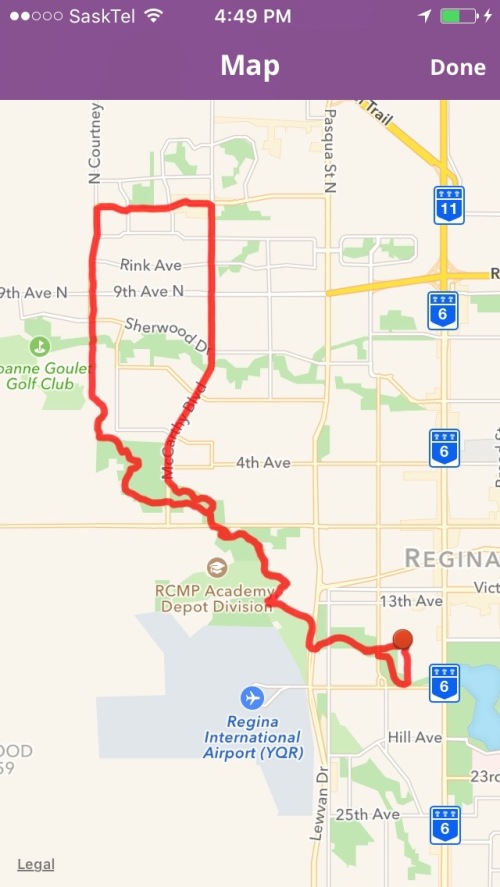 Part of the route of both walks went along Wascana Creek (and Wascana Lake). The water is still partly covered with ice, but there is a lot of open water, and the ice is too thin to support a person, although it poses no problem for the geese, whose tracks are everywhere. So there’s no way to retrieve things that people have thrown onto the ice, like this child’s rocking horse, which seems to have been tossed off a bridge. Who does a thing like that? 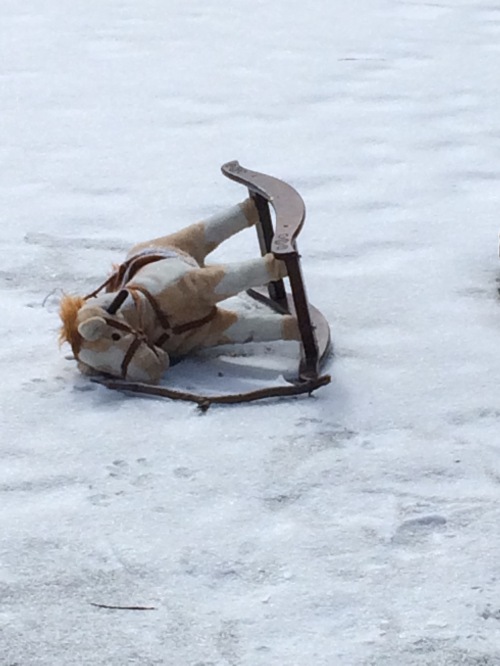 There were a few people out on the paths, mostly joggers and dog walkers. But for long stretches of these walks there was nobody else around. 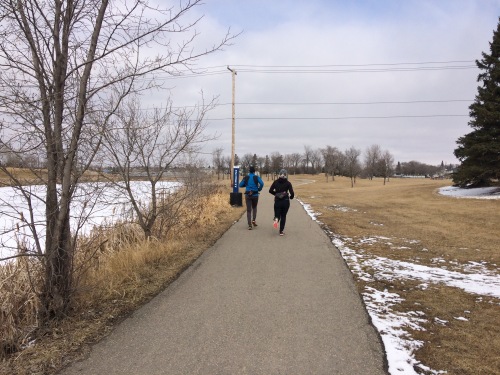 The site of Cooperstown, a planned development on the northwest edge of the city, is still a field of stubble. Given the state of the economy, I wonder if construction will begin this year, or whether the developer will wait.

Sunday’s walk took us along one of my favourite paths in the city: a few hundred metres of gravel alongside a busy street. It reminds me of similar paths, called sendas, alongside highways in Spain.

I walked 24 kilometres on Saturday, and another 18 and a half on Sunday. And no blisters! The secret is to coat your feet with vaseline before putting on your socks. I think it repels perspiration and keeps your feet from softening, which makes them prone to blisters. On the other hand, it might reduce friction by lubricating your feet. I don’t know. But however it works, I swear by it. 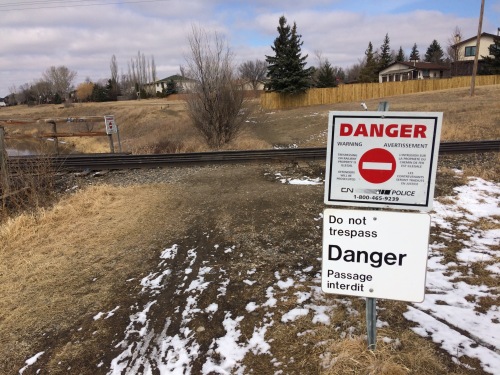 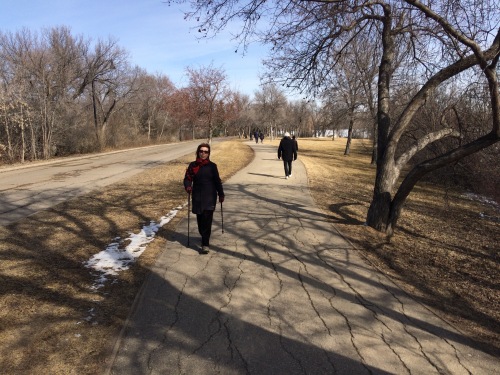 My goal, before I leave for my walk in June, is to be able to cover 32 kilometres without blisters or undue discomfort. I have almost three months to get ready. It’s not a lot of time, but I seem to be off to a good start.